Calibrated for sport, Six-Gun delivers pavement-shredding power; has 6 change-on-the-fly power levels; is Stacked for Power to timing and fuel pressure; and has exclusive AutoRate and ActiveSafety engine and transmission safeguards.

Tuning that doesn't kill the host vehicle.
Many tuners reduce fuel delivery as exhaust gas temps rise. But they ignore the powertrain! Banks finds the limits of the engine and powertrain, then adds mission-critical ActiveSafety safeguards to Six-Gun so it won’t exceed those limits. Every Banks Tuner comes standard with our exclusive AutoRate® and ActiveSafety® engine and transmission safeguards. Designed to protect your vehicle's drivetrain and keep your truck running strong. As a result, Banks Six-Gun destroys the competition, NOT your truck!

Proof of a higher power.
Stacked for Power® and calibrated for sport applications, Six-Gun is a performance junkie that adds +102 hp/+275 lb-ft. With its CleanTune® Technology and change-on-the-fly power, Six-Gun rockets you from 0-60 mph 21% quicker and 148 feet ahead of stock ... without adding soot! 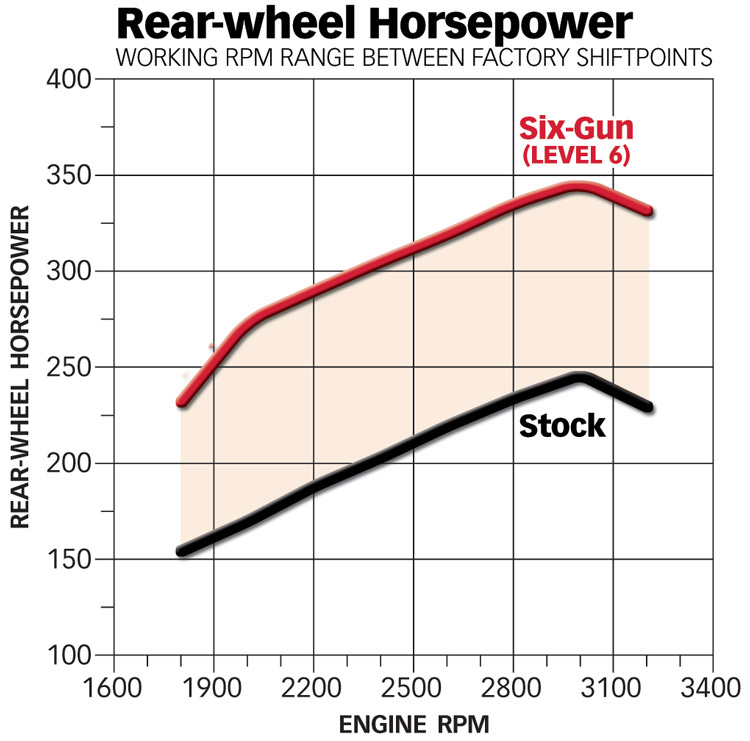 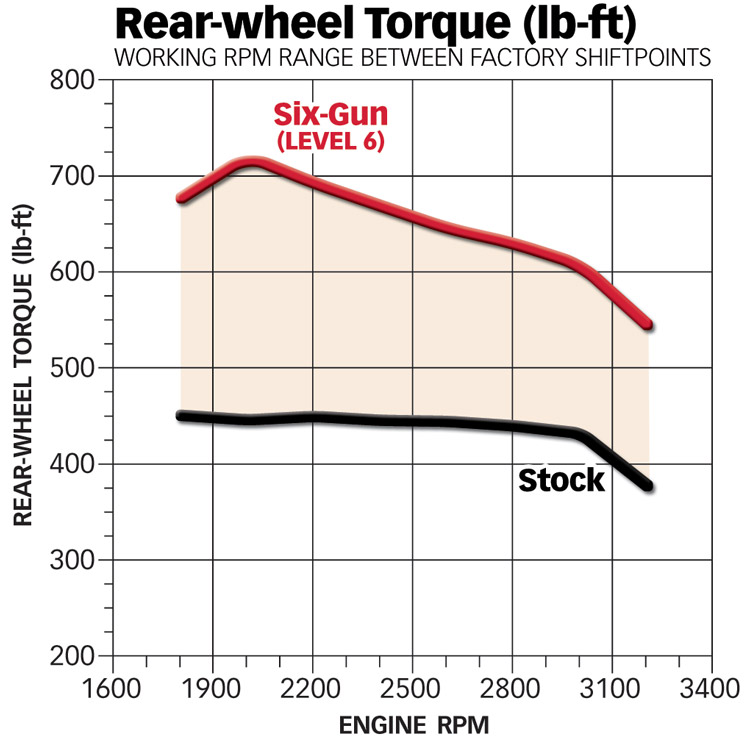