Passes the test. Again and again.
Others build and ship without testing. Not Banks. Our Ram-Air Intakes start out as CAD software prototypes and are put through flow simulations. The design is refined until the simulation shows optimal performance. Then a hardware prototype is made and the design is validated on a flowbench. After that comes dyno testing and on-vehicle testing. It takes a superior design to pass all those tests!

Filter on a stick: a joke that’s not funny.
A filter on a stick is a bad joke. It’s wide-open to hot, power-robbing underhood engine air. Ram-Air houses a giant filter in an enclosed cold-air box, which inhales cool, dense outside air—more than Banks’ competitors and up to  57%  more than stock—for more power (up to  +39 hp/+69 lb-ft  , with tuner). More mileage, lower EGTs and less smoke, too. And it’s designed to not cause fault or error codes.

Bellows, too? Very exclusive.
Banks Ram-Air is the only aftermarket intake with bellows. This accommodates engine movement and prevents component damage for longer service life. The optional high-flow Super-Scoop is another Banks exclusive! 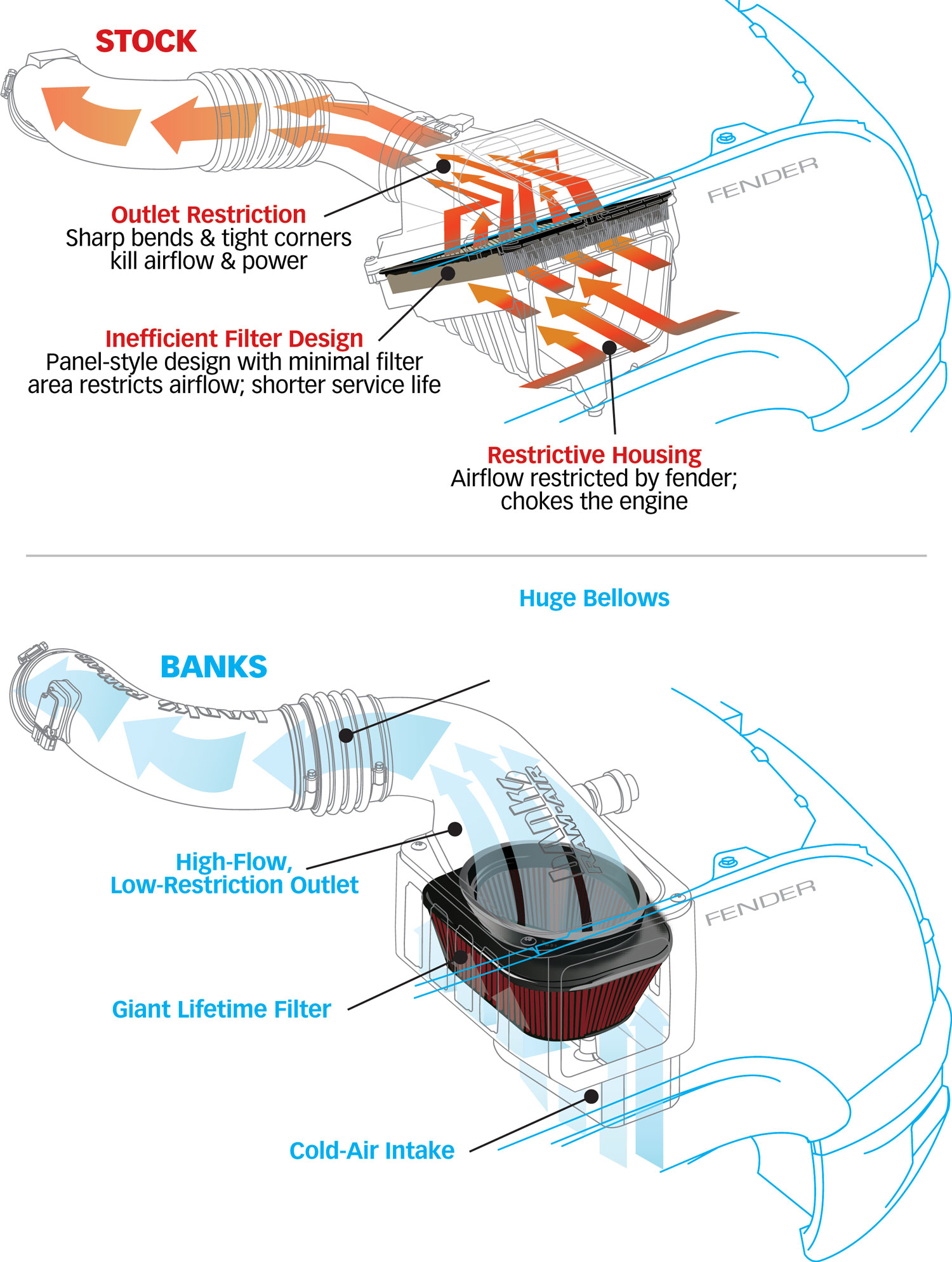 Note:  This illustration shows a stock LLY intake so yours may not be identical.

It’s good to be dense, all right.  Check out our density ad for an informative look at intake airflow, air temperature and air density, and how they all come together in the Banks Ram-Air Intake. Bankspower.com/density ad

Here's the TEST REPORT
for your vehicle!